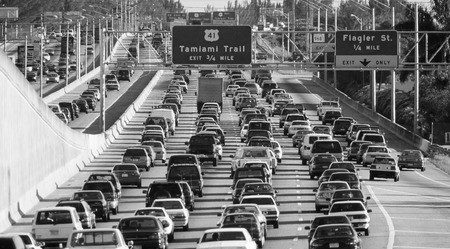 The Ferguson Collaborative and allies sent this letter to the City of Ferguson. We are currently monitoring the City’s response and will continue to advocate for reimbursement and repair:

The City of Ferguson simply needs to do better when it comes to rectifying the unconstitutional policing that was exposed by the 2014 Ferguson Uprising and the March 4, 2015 Department of Justice’s Investigation of the Ferguson Police Department report. Half-measures currently being implemented are not enough to make whole again the people victimized by the City’s past conduct. Ferguson’s reluctance to solve these problems fully and completely impact our neighbors’ ability to live, work, and raise their children in our community and could well affect citizens’ right to vote this summer.

As documented in the Department of Justice’s report on our city’s practices, in the years preceding 2014, Ferguson created and carried out a scheme to generate revenue on the backs of the community—primarily people of color living in Ferguson and the surrounding area. This has resulted in thousands of lingering cases and outstanding warrants that continue to reinforce the city’s unconstitutional practices. For this reason, the Consent Decree between the DOJ and the City of Ferguson requires that Ferguson eliminate all charges, fines, and fees for Failure to Appear violations and review the other lingering cases from before 2014 for dismissal.

Ferguson is still reviewing the pending cases initiated prior to 2014. Due to pressure from the Ferguson Collaborative, the City has dismissed a majority of the outstanding cases by changing the good cause standard, including those for Driving with a Suspended License stemming from the City’s unconstitutional revenue generating system.

The City of Ferguson must take immediate action to correct the harms that the Failure to Appear warrants have caused. For example, a valid driver’s license is most often the only photo I.D. that Ferguson’s citizens have to comply with new voter I.D. laws; yet those whose licenses are suspended do not have valid ID. The City should be doing everything possible to get wrongly suspended licenses reinstated and back into the hands of the people from whom they were unconstitutionally taken.

To truly end this ongoing crisis in real people’s lives, the Ferguson Collaborative is demanding that the City adopt the following solutions:

The Ferguson Collaborative hopes to meet with City officials to discuss and resolve these matters within the next week. If we cannot come to an adequate solution quickly, we will begin exploring other means of enforcing a just result for a community still suffering from the after-effects of earlier injustices, and suffering as well from the current failures of City government to live up to its responsibilities.